Your Ultimate Overview of German Adjectives 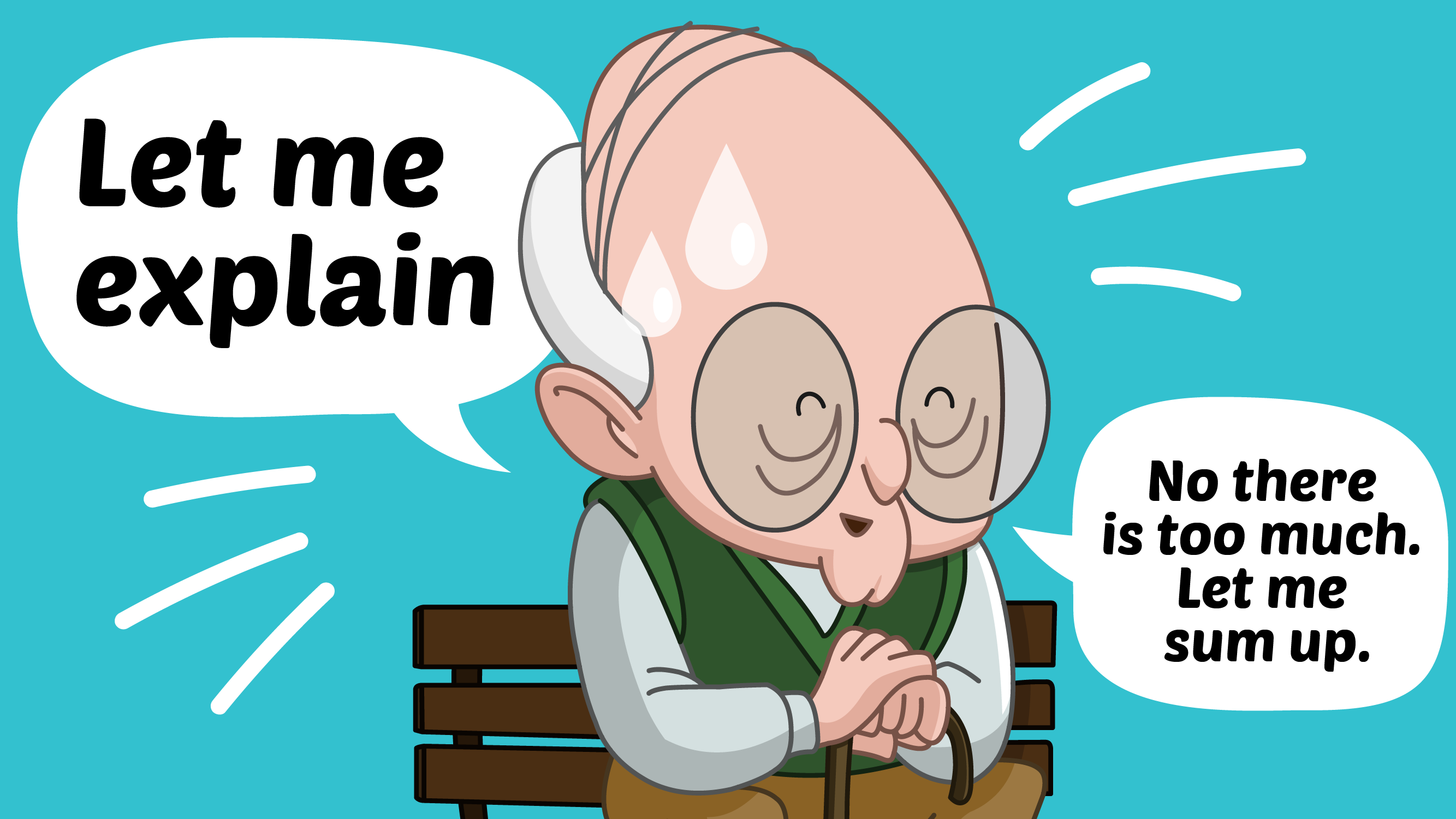 What in the world is an adjective?

Click on the video to dive right into adjectives for the Nominative case.

Grab a cup of hot coffee and a healthy snack because it’s time to get down to business. Today’s lesson is all about adjectives!

Let’s start at the beginning. What in the world is an adjective?

Definition: Adjectives are all of the words that can be used to describe nouns or pronouns (people, things, or ideas). Let’s check out a few examples:

→ The adjective (groß) is describing the noun (Haus).

→ The adjective (müde) is describing the pronoun (sie).

→ The adjective (neues) is describing the noun (Auto).

Simple, right? Well, maybe not all the time. In German, adjectives are a very complicated topic. We’re going to go through this carefully, one baby step at a time, with links going to separate posts that explain things in more detail.

Where to put adjectives in a German sentence

Finding the right spot for an adjective in a sentence is easy. You can treat German adjectives the same way as you would in English. That means...

Adjectives go directly in front of the noun they’re describing.

Adjectives can be placed after “to be” type verbs.

Adjectives can be strung together to modify a single object.

There, now you have all your ducks in a row.

If you look carefully, you might notice that some of our adjectives have unfamiliar endings attached to them. That’s because they're sensitive and deserve to be treated as individuals. There isn’t just one type of adjective. Oh, no my friend.

What grammatical types of adjectives are there in German?

Seriously though, this is a good thing. For German learners, knowing the 3 kinds of adjectives can be a critical lifeline.

Because not all kinds of adjectives are equally difficult to use! Two of these are especially helpful for students who are still working through all the more complicated rules. Introducing…

That might sound complicated, but it works exactly the same way in English. Check it out: 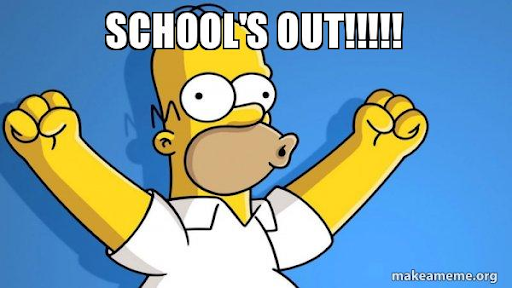 But you don’t want to be stuck with simple sentences forever.

Right. Let's look at the next type.

Adverbial adjectives are those that decided to identify as an adverb when they got up that morning. They can be used to describe verbs instead of just nouns. Let's look at an example:

In terms of grammar, that means that we also treat the adjective like an adverb. So, no complicated word endings here either. Easier than you expected, isn't it?

Finally, attributive adjectives are what I personally think of as the “fun” kind. This kind of adjective is placed right in front of a noun, kind of like a garden gnome.

That means using lots of different adjective endings depending on the case, gender, plurality, and definiteness of the noun that we're talking about. It looks like this:

Looks a bit confusing, right? You can learn more in our post about all the different types of adjectives here, and you can check out Anja's Videos on the endings for adjectives with the Nominative case here. Now, let's look a little more closely at adjective endings...

Do I have to put crazy endings on Adjectives?

The only kind of adjective that actually has to use all of the endings (or "to be declined") is the attributive adjective. Those are the ones that go right in front of a noun. For that, we have to use different suffixes (word-endings). The suffixes are -e, -er, -es, -en and -em.

That’s where we crank the difficulty up to 11. 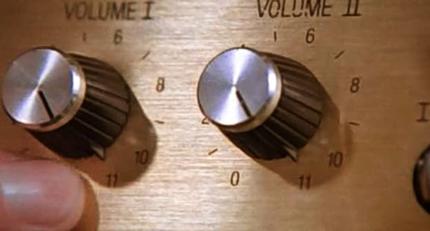 While there are just 5 different adjective endings, there are a lot more situations that those 5 endings apply to. The trick is knowing when to use which. Usually, we divide these endings into 3 categories for definite articles, indefinite articles, and adjectives with no article. Watch what happens in these examples:

Notice that the adjective endings were the same for the last 2 examples. There's no easy pattern to remember there, though. If it was in the Dative case, for example, the definite and indefinite endings would overlap instead.

Exciting, right? To learn how to use adjective endings in any situation yourself, check out our post on the topic here!

If you prefer watching videos, we've got you covered. You can see the different endings for Accusative adjectives here.

How adjectives are made

Adjectives aren't born, they're made! Ok, that's not true for all adjectives, but we do make many adjectives out of other words. Sometimes we adapt them from other parts of speech like nouns or verbs, and sometimes we modify adjectives that already exist to change their meaning.

Forming German adjectives from other parts of speech

When we see a really descriptive noun or verb (or any other kind of word, really) sometimes we just have to turn it into an adjective. We make it adjectival. Adjectivish. Adjectivous. Adjectivial, even, perhaps.

In German, we can do this by adding the right kind of ending to the word. A few examples look like this.

Of course, not just any suffix is the right suffix. Some of them only go with some kinds of words, while others modify meanings in very specific ways. We go over them, and how to use them, in our post about adjective formation.

A common stereotype about German is that we have a word for everything. It’s called "alles" (everything).

Just kidding, but we do have a lot of flexibility to change and to make up new words (though some will sound more “realistic” than others).

Adjectives can be combined with other words (or bits of words) to make more specific "compound" adjectives. It looks like this:

Looks kind of familiar, right? That's because English has many words that were formed the same way.

For a more thorough look at how you can modify and compound adjectives in German, take a look at our post on the topic here.

The superlative is the most extreme form – explaining how something relates to all things, when something is the most or the greatest.

To make comparative and superlative forms for adjectives, we just add an umlaut and an ending to the adjective (-er for comparative, and -ste for superlative). Then, we add the same adjective-endings as for any other adjective.

Is that everything? No, not really… but we’ll go over it much more thoroughly in our post about it here.

Some adjectives go with specific prepositions (those are words like to, from, at etc...), or they can be combined with different prepositions to change their meaning.

Sounds crazy, right? Don't worry, we do the same thing in English.

For example, you might be "satisfied with your work". “With” tells us that some kind of object is coming next. In German, we do basically the same thing. For example:

If we look at the second and third examples, we can see cases here, too. That's because of the prepositions "von" and “mit”. They always go with a Dative object, so the pronouns "ihrer" and "seiner" have to be in the Dative form.

Familiar? Yes. Easy? Not as much. There are many combinations of adjectives, prepositions, and matching cases.

To go over those, I’m going to point you to my other post on that topic over here.

Whew, almost there! That was a lot of stuff to remember about adjectives, and this is only the overview! But never fear, there is always just one more thing. The exceptions.

Some adjectives never need to be modified at all, while just a few others just don’t follow the rules for comparative or superlative forms.

What, you thought there wasn’t going to be a catch?

Ok ok, we’ll go over exceptions and how to deal with them in another post over here.

Congratulations! You’ve made it all the way to the end of the overview! Make sure to check out the more thorough posts about German adjectives that we’ve linked to.