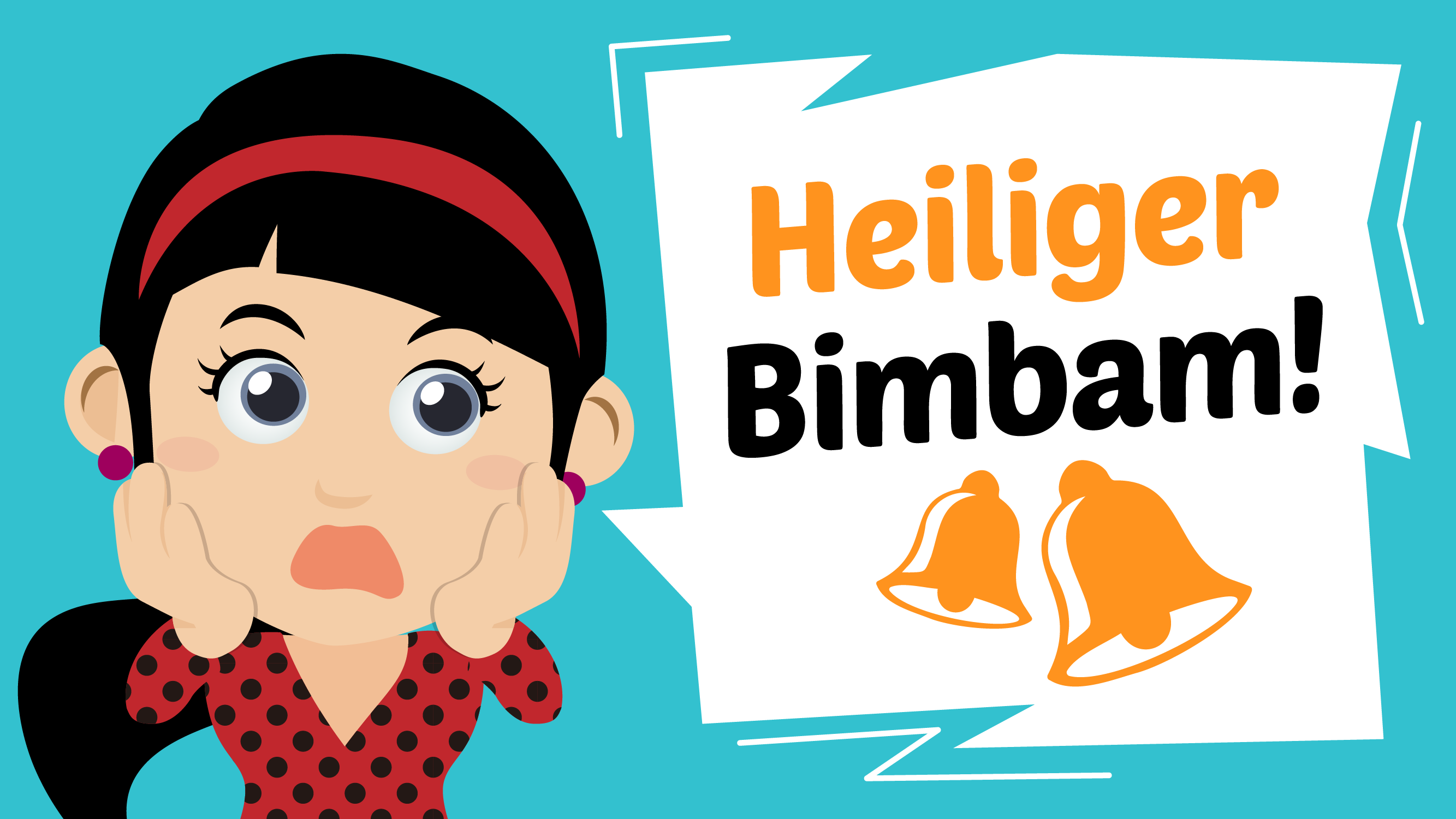 What is the Nominative case?

Welcome to the wonderful universe of German cases. The first stop on our journey around the planets of German grammatical cases is the Nominative. You can consider that one the “default mode” of the cases.

Whenever you check online (or the old school way: in books), the Nominative is going to be there, ready to use as it is. YAYYY!

In the Nominative case the noun or the pronoun is the subject of the action. 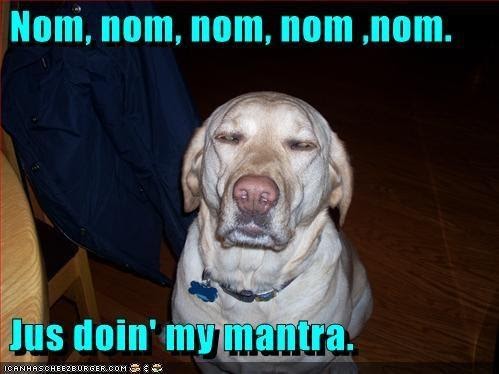 A quick reminder: a subject is a noun or pronoun (this could be a person or a thing), that is performing the action of a sentence.

I’ll give you an example to clarify:

There are very helpful "question words" for all the cases that will help you a lot. If you want to ask for the Nominative case in German you can use the questions “Wer?” (who) or “Was?” (what).

Boom, now you know the subject and the Nominative case of the sentence.

Now it’s time to warm up those muscles, because your brain will need to do some heavy lifting. Here's a special hint for you! I'd recommend that you learn all the nouns along with their respective articles. That’s because German cases are sneaky little tricksters, and I want you to be prepared for them.

Learn for example like this: der Vater (the father), die Mutter (the mother), das Kind (the child).

What are the forms of the Nominative case?

If you’ve already learned your German articles, then this section will be a piece of cake. Let's start with a list of definite and indefinite articles in the Nominative case. Remember what those are? Let’s review that together:

Das ist ein Auto. Das Auto ist blau. (This is a car. The car is blue.)
Das ist eine Tasche. Die Tasche ist schön. (This is a bag. The bag is beautiful.)

The same concept for the indefinite article is also applied for the negative article.

Now wait a minute. What is this sorcery? Negative articles? 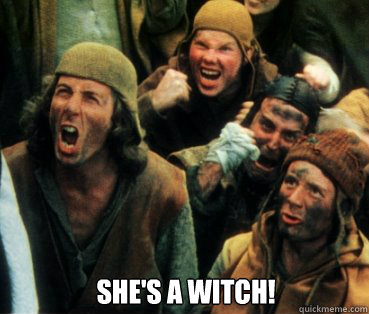 Now, hold on. Calm down. It’s just the “not” version of an indefinite pronoun. You can think of them as words that mean something like “not a”, or “not any”.

“When do you use a negative article?” Great question, thanks for asking.

You use the negative article to express when something “is not”.

How do you like the cake so far? It’s vegan. I know, you can’t tell the difference. Let’s move on to the next stage.

When do we use the Nominative case?

Using the German Nominative is pretty easy because, as you already know, you don’t have to change articles or endings. However, I would like to show you a few different settings, in which we use the Nominative case.

The Nominative case marks our subject in the sentence. The subject of a sentence is the person or thing doing the action or being described. It's basically the star of the sentence.

A subject can be either a noun, a group of nouns or a pronoun. Let me give you an example:

As you can see, in all of these examples we have our subjects in the Nominative case.

As you dig deeper into the German language and get to know more cases, you will see that each case is connected to certain verbs.

They're social creatures, and they want to stick together (#bff). The Nominative case has its best friends too, which I’m going to introduce to you now.

The one verb that’s probably the most important, and also the easiest one to remember for the Nominative case, is “sein” (to be). You have maybe noticed that already during the many examples that we’ve had so far.

So, after the verb “sein” we definitely always use the Nominative case.

There are also some other verbs, that are very close friends with the Nominative case, and they all describe states of being. In grammar lingo, this phenomenon is called the predicate Nominative, but you don't need to remember that.

Just remember the gist of this section – that there are a few more verbs that always take the Nominative case.

You can also use the Nominative case in isolation, when you want to address persons or things and in exclamations.

I will give you some funny exclamations and their more or less English equivalent and I promise you will make a hell of a good impression when you use them with German native speakers.

→ This is an expression of a positive surprise and it literally means "Holy straw bag!". Honestly, it’s a bit corny, but it’ll guarantee you a moment of fun!

→ Literally translated this means: oh, you dear time! This is an expression of surprise but rather in a negative way.

→ This is a very funny one and I’m not sure if I can find an equivalent in English. This expression is used for surprise, astonishment or consternation.

→ Imagine when you are in a store and the person in the store is behaving super rudely, maybe even trying to rip you off. In this case when you are really outraged you can say: “So eine Unverschämtheit!” to express your feelings. 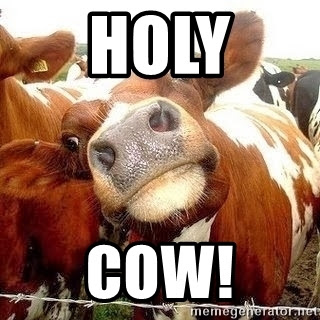 Personal pronouns in the Nominative case

Can you believe that we already almost got to the end of the post? Well, time flies when you’re having fun, right?

To finish our first journey into the wonderful worlds of German cases, we should take a look at personal pronouns, which are also a pretty big deal. Let's do a little review and show them to you one more time, including a little example with the Nominative case. 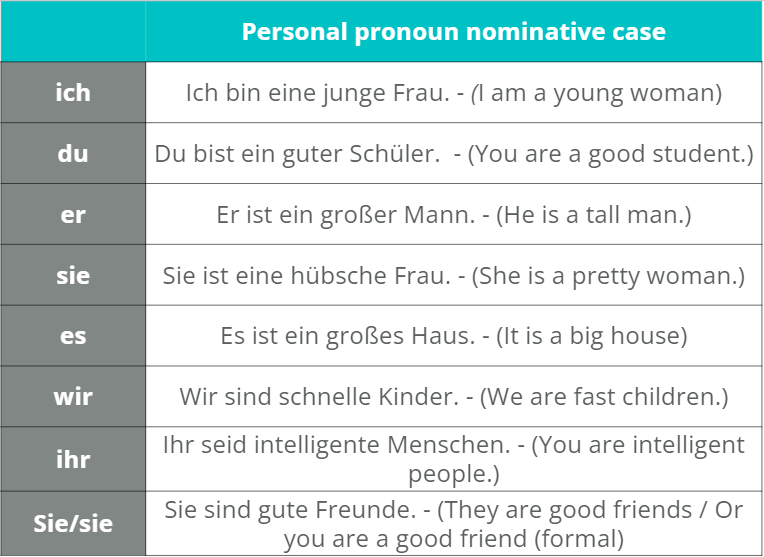 The Nominative case with adjectives

Adjectives are fantastic, colorful, and helpful words that help us describe nouns. We can put them either before or after the subject in a sentence, just like in English. The ending of the adjective changes, though, if it is in front of the noun it is describing.

For example, let’s put the adjective after the noun:

In all of our examples, the adjective is in the infinitive form, which is the default mode for adjectives.

When we put the adjectives between a definite article and the subject, you will see a slight change in the adjective ending.

The beautiful thing here is, that all the singular forms have the same ending, so you only have to remember the different plural ending. Enjoy this nice moment, because things will look just a tiny bit different when we apply the indefinite article.

Let’s put a couple of examples into practice.

Ok, now, relax your muscles for a moment and watch this cool video about the Nominative case.

A little extra for you

I have a little surprise for you! Are you ready? Pop quiz!

Don’t worry, I’m just kidding! But here is a quick practice session where you can see for yourself if you understood the Nominative case.

No pressure, it’s just for practice, no one will ever see it. Below, you will find a video where you can practice with Anja. Have fun!

Thank you so much for sticking with me until the end. I’m sure you did a great job and learned many interesting things about the Nominative case. 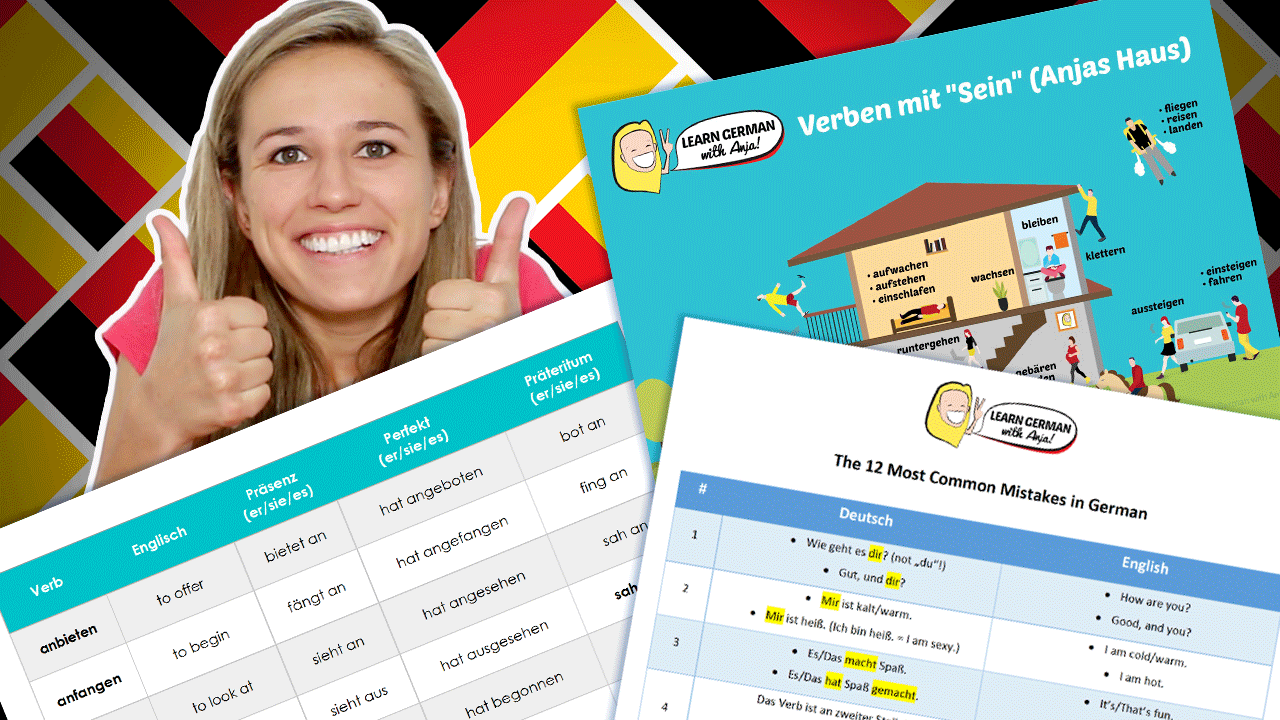